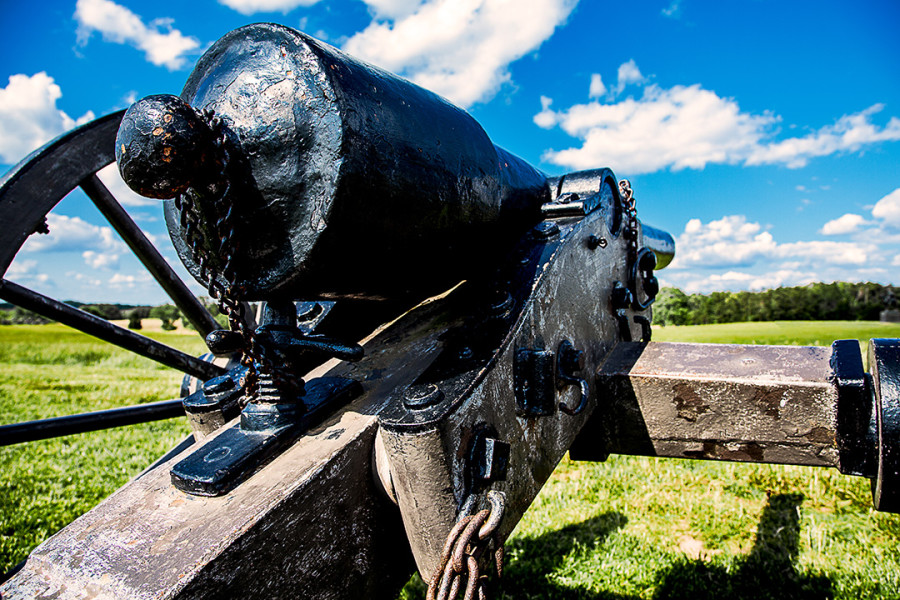 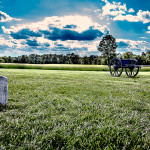 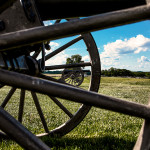 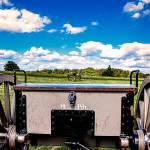 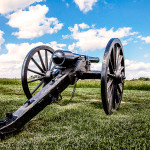 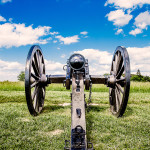 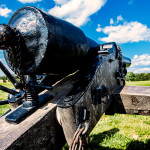 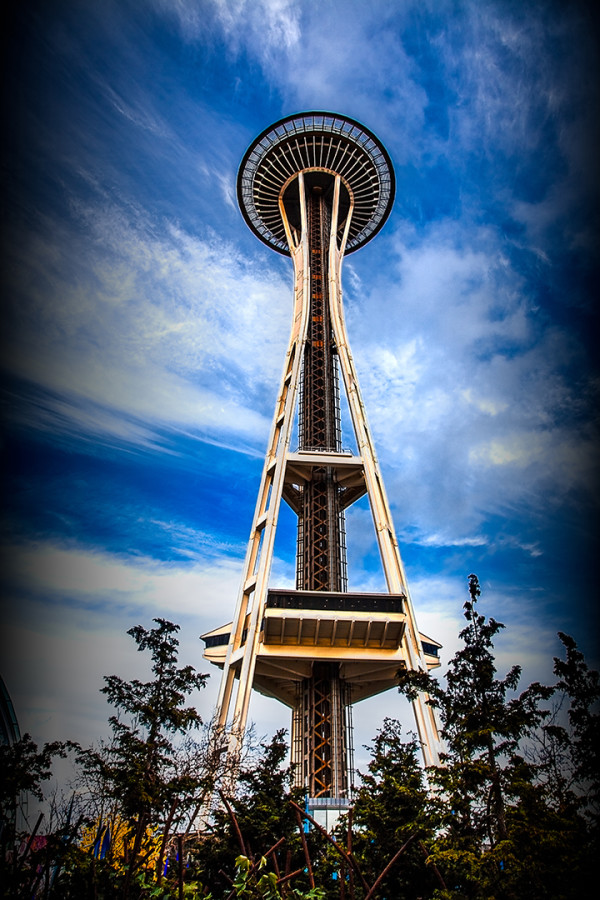 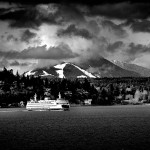 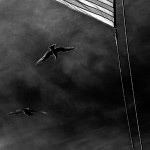 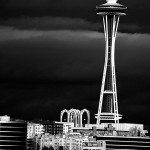 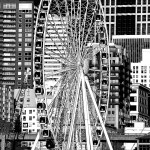 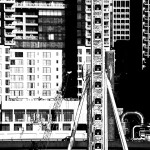 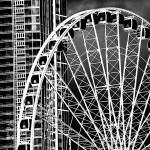 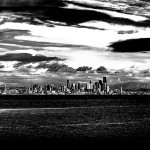 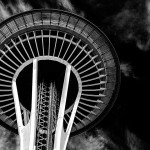 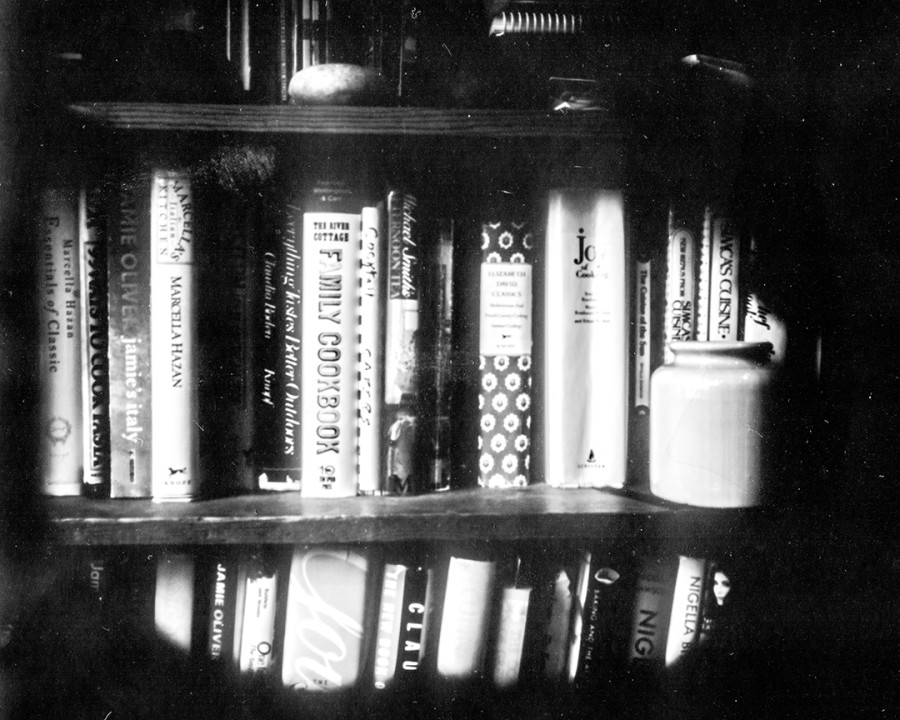 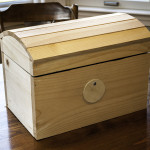 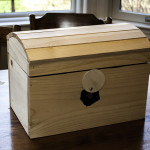 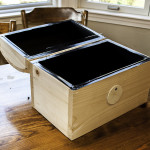 I find that as a photographer I sometimes get sometimes get swallowed in this digital technology I use.  I focus on the technical jibber jabber that my DSLR has to offer and forget how the image really gets on the back of that screen.  In truth every picture is broken down to one simple source, light.  A few weeks ago I decided to go back to the basics of photography and work with a camera that uses nothing but light and a pin prick to construct the image.  Pinhole cameras were among the first cameras, and can be made of almost anything.  Oatmeal cans are popular choices for making pinhole cameras, but any canister can be used as long as it can be made light tight.  I have made them these cameras out of black film canisters and tin lunch boxes, but for my most recent experiment with pinhole cameras I wanted to go big.  With hopes of using 8×10 glass plates to achieve an image I used a medium sized wooden chest that I picked up at my local craft store.  Making it light tight was not a hard as one might think.   All that was needed for light tightening my box was some black paper and gaffers tape.  In testing my camera I was completely dependent on the light that was present.  The time it took to make an exposure was different in each place I chose to make it.  My first good exposure in daylight was around 8 seconds, but my first successful exposure indoors took 30 minutes.  The images I got were unlike any image taken with my DSLR.  Similar to a Holga image they were dreamlike.  However, no matter the distance between the camera and the subject the images were sharper.  It is a format I will continue to explore in the coming days. 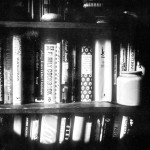 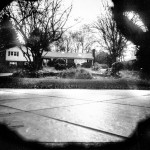 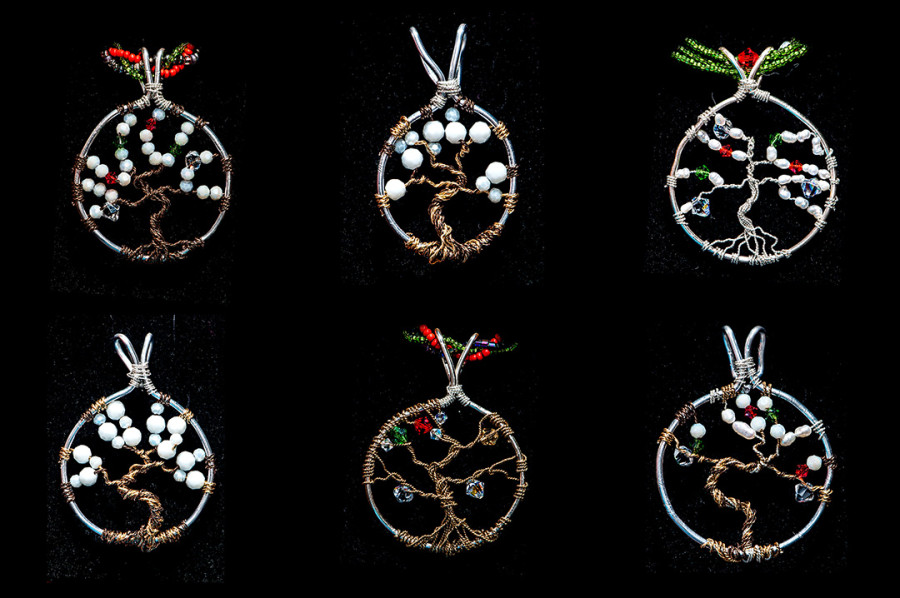 Lately I have really gotten into making tree of life pendants.  I’ve done some looking around at websites that sell these pendants and have found many versions of this type of jewelry.  Some pendants feature birthstones and others use various gemstones that resemble leaves.  With the pendants that I have been making I try to explore how trees can show time.  With each season that passes the look of the trees around me change.  To express the essence of spring I use pastel crystals.  Summer is shown with deep green chip beads eluding to the full branches of leaves.  Fall the beads are red and orange.  When I got around to creating a winter tree pendant I wanted to fill the wire branches with something.  Thinking of winter and what would look good on trees I think of the branches covered in snow with christmas lights, their shining colors reflecting on the white white snow.  My first pendant was more than a success.  Shown above are six variations of the snow laden trees.  Each one is slightly different in one way or another.  I hope to find homes for each other them before winter has passed.

A Christmas Gift from the Doctor 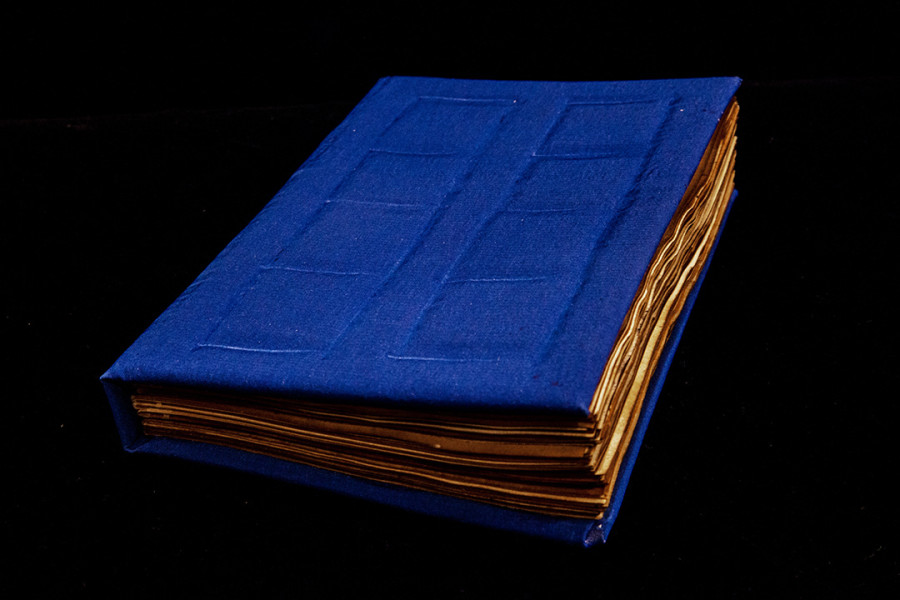 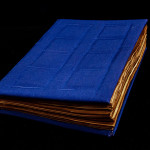 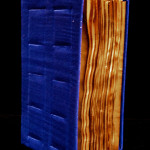 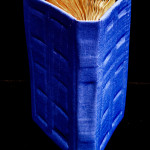 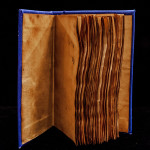 This Christmas I had trouble thinking of a gift for a family member.  However, about a week ago an idea popped into my head.  At the time the 50th Anniversary of Doctor Who was approaching.  That show was the inspiration I needed.  I created for my family member a version of River Song’s Diary.  Being a book binder this was something that I thought would be easy, but this project turned out to be one of the most involved projects I have ever done.

For those who are not familiar with River Song and her diary I will give some background. River keeps a diary of all the adventures she has with the Doctor.  It is how she keeps track of where on the Doctor’s timeline she finds herself.  The most important thing to remember about River is that her life and the Doctor’s are running in opposite directions.  His first meeting with her is her last.  River Song first appeared in season 4 of Doctor Who in the episode Silence of the Library.  She introduces herself to the then Doctor, David Tennant, as Professor River Song, Archeologist, but she will become far more as her appearances continue in the time of the 11th Doctor, Matt Smith.  Her first appearance with the 11th Doctor was in the episode Time of the Angels.  She joins the Doctor and his companion Amy in a chilling battle against the weeping angels.  A twist on her character is revealed in this episode, that being her life sentence for killing a “good man.”  Now, I will not reveal anymore, to steal her own phrase, anything else I can say would be….”spoilers.”

Now, about the  book I have made.  Everything about the book is done from scratch.  The cover was constructed from matte board, foam sheeting, and handmade book cloth.  The pages are drawing paper aged using tea and instant coffee which was baked to deepen the color and set the staining.  The 10 4 page signatures are sew together and glued to the cover.  It is a solid and durable book ready for any traveling to come.